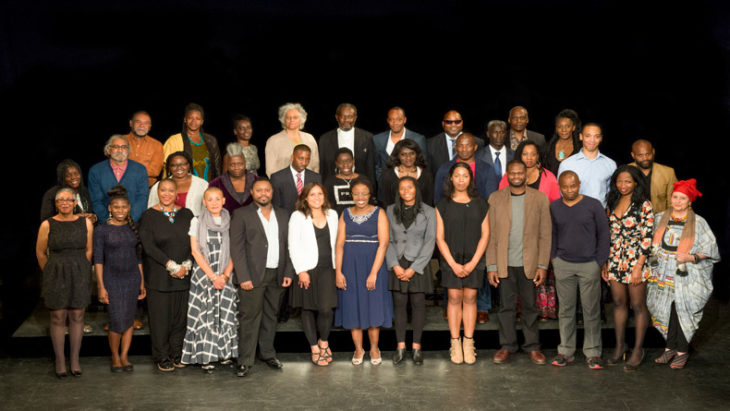 The Alfred Fagon Award celebrated its 18th anniversary with a photo-shoot of past winners and members of the Black British performing arts industry.

See the press release for the line-up.

Playwright Maxine Kolaru gives us her take on this historic day.

Thank you to Theatre Royal Stratford East for hosting the photoshoot.